A Kenyatta University student who double up as a chips seller now claims her life and that of her mother are in danger after Nominated Senator Millicent Omanga posted on her official Twitter handle she had handed her umbrella, aprons and cash to expand her fries’ business.

Speaking to Standard on Thursday on Bevalyne Kwamboka said her mother and her have been receiving calls from villagers and strangers asking for help after Senator Omanga’s post.

“My mother and I have been receiving calls from strangers and even villagers asking for financial aid yet I received no cash from her,” she said.

Kwamboka said she only received two aprons, an umbrella and potatoes worth Sh350 from the senator’s team contrary to the reports out there that I was given a lot of cash.

“We don’t feel safe anymore following her cash offer tweet, people think we are now rich which is not true,” she told The Standard.

Senator Omanga on October 4, said she had helped Kwamboka with an umbrella, cash and stock to boost her hustle and urged Kenyans to visit her premise and buy her chips.

Kwamboka said when she saw Omanga’s post, she texted the senator’s PA Shem Muriuki and inquired about the cash, but the PA said the cash was in potatoes’ form.

“I saw the post and texted her PA and asked about the cash the senator was saying, but he said there was no cash,” she said.

The Bachelor of Education student said she was okay with what she got until calls started coming with even neighbours now thinking she is monied.

She said she came out to set the record straight so that if indeed the Senator gave her team some cash, she can clarify.

“If indeed she sent them [her team] with cash as she indicated, I am here saying I saw none,” she added.

Kwamboka also urged strangers and friends calling them to stop it, because there was nothing they had as a family to share with them.

Omanga’s PA, however, dismissed Kwamboka claims saying she was being used by UDA’s opponent.

Pressed to indicate if indeed Kwamboka was given any cash, Muriuki declined to name a figure, adding that they could not drive to Kware in Embakasi to deliver a small sack of potatoes.

“This is all politics, our opponents are using the woman badly which is sad. We leave it to her if she wants to be misused by politicians,” she said.

In a statement posted on her Twitter, Omanga said she sent her team to deliver to Kwamboka after an umbrella she had requested to shield herself from the rain.

She said according to her team, Kwamboka accepted the offers and even tweeted back with a thank you

“When it was brought to my attention, that Kwamboka had publicly requested for an umbrella to help shield her from rain and sun as she does her chips business I immediately dispatched my team to visit her and offer her the help she needed.”

“My team visited her and brought back a positive report. I made a tweet to that effect to which Kwamboka acknowledged.” 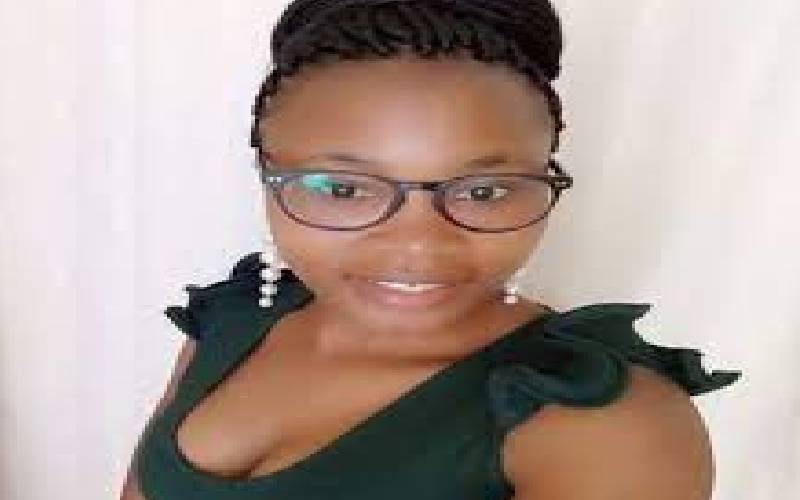 Omanga has, however, said it is shocking Kwamboka has rubbished the support and complained that it did not meet her expectation.

“I’m thus disturbed to learn that she has complained and rubbished the support she got through my office. I did my best under the circumstances and I am sorry that I didn’t meet her expectations which appear to have been higher.”

“In such situations, the truth, honesty and facts are sacrificed at the altar of social media fame, blackmail and character assassination.”

Eldoret Residents Come Out in Thousands to Welcome Raila

Kabogo Tells Kenyans What President to Avoid in 2022